Why Parents Fight About Custody

Why Parents Fight About Custody 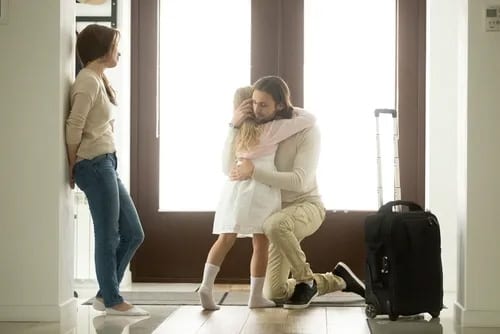 Child custody can be a hotbed issue between divorcing or divorced parents. For a variety of reasons, parents may fight about the details of their custody arrangement. In reality, most parents come to a mutual agreement on their child custody situation without the help of a judge.

It may seem counterintuitive, but most couples that each have professional legal representation eventually agree on their child custody arrangement out of court. This is because the right attorneys can often turn a high-conflict situation into a compromise and agreement based on their negotiating experience.

For divorcing couples who still cannot agree on a custody arrangement, below are some common reasons why such disputes might persist. Reach out to our Southlake child custody lawyer for more information.

Concern for Their Kids’ Well-Being

Parents definitely put the well-being of their children at the forefront in the majority of child custody disputes we see. Parents don’t always agree on what is best for their kids. As parents have been saying for eons, “Children don’t come with instruction manuals.” In many cases, there really is no right or wrong. Or what is right for one child or one family is wrong for another. Should your child move away to live in a nicer neighborhood and go to a better high school, or should he stay put so he can graduate with his friends? There is no black-and-white answer here.

To Spite or Punish the Other Parent

Every once in a while, it becomes apparent that one parent’s motivation for constantly seeking modifications to a custody agreement is little more than spite. Maybe the other parent committed adultery. Maybe they are still upset about having to split up the retirement account. Either way, divorced parents can and do refuse to compromise over child custody for spite and to punish the other parent.

This is a more common occurrence where one parent may have psychological issues or a history of abuse, violence, or instability. One reason a parent may fight a child custody order is that they insist on being in control of every aspect of the children or the dissolved family. To lose their power over the other members of the family feels like a failure, and that is unacceptable. In this situation, negotiation and mediation might be fruitless, as the parent refuses to give in to reasonable solutions.

Money (Whoever Gets Custody Also Might Get Child Support)

Money can also motivate couples to fight over child custody. The simple fact of the matter is that whoever gets custody usually gets the child support checks. People who might not have the best history of parenting will often battle to get full custody because they don’t want to pay child support.

Call a Southlake Child Custody Lawyer Near You

If you need to modify your child custody or are dealing with an argumentative ex, Mims Ballew Hollingsworth | Family Law can help. Please contact our office today to set up a free legal consultation. Remember—hiring a lawyer makes agreeing on custody more likely.